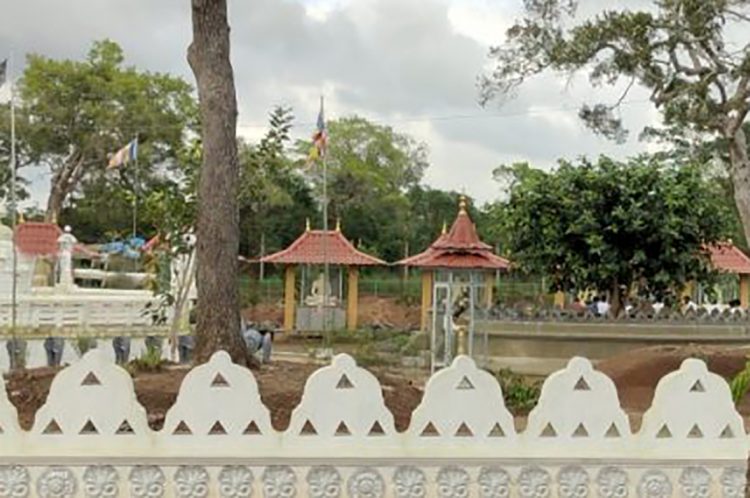 The Buddha shrine at the Kilinochchi University Campus of the Jaffna University has been damaged due to an attack yesterday (14).  The Kilinochchi Police are conducting further investigations.

The attack on the Buddha Shrine at the Kilinochchi Campus took place following the revelation that the war memorial at the Jaffna University premises was an unauthorized construction.

According to the police, the attackers had attacked the shrine with stones and clubs from a distance, breaking only a few windows of the shrine.