by Lankasara Editor English
in News
436 9 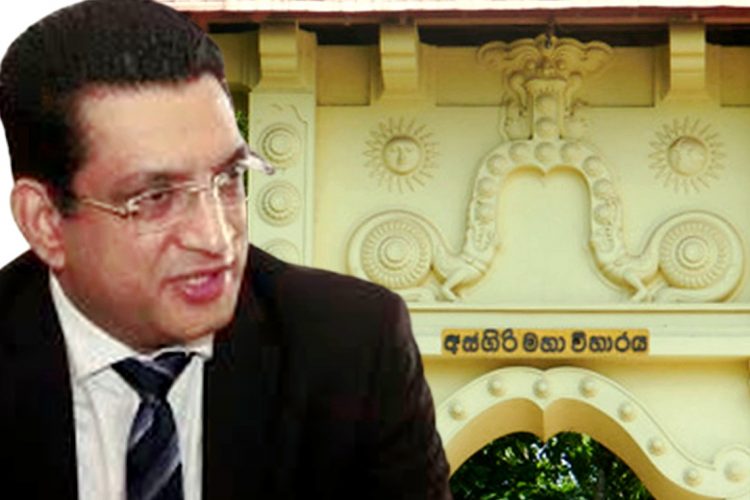 The Chief Prelate of the Asgiriya chapter has expressed his displeasure to President Gotabaya Rajapaksa about Justice Minister Ali Sabry and his conduct in recent times. The Chief Prelate of the Asgiriya chapter had told the President that Sabry was able to enter parliament not through the votes of Muslims but due to the trust placed in the President and government as well as the mandate given by the majority Sinhala buddhist citizens of the country. The Chief prelate had expressed these views to the President during his recent visit to Kandy.

President Gotabhaya Rajapaksa who visited Kandy recently visited the Asgiriya Maha Viharaya after worshiping at the Kandy Dalada Maligawa. The comments had been in particular reference to the statements and stance taken by the Minister over the controversy relating to allowing the burial of Muslim who died due to Covid 19. The Thera said the Minister who entered parliament through the national list is now working towards causing a division between the people of different ethnicities in the country.

While the Chief prelate had noted that he had no objection to the appointment of Ali Sabry as the Minister of Justice, he had expressed his displeasure to the President about the Minister acting in a manner which is embarrassing to the government.

Opinions in this regard have also been raised at the Buddhist Advisory Committee meeting held at the President’s House recently.