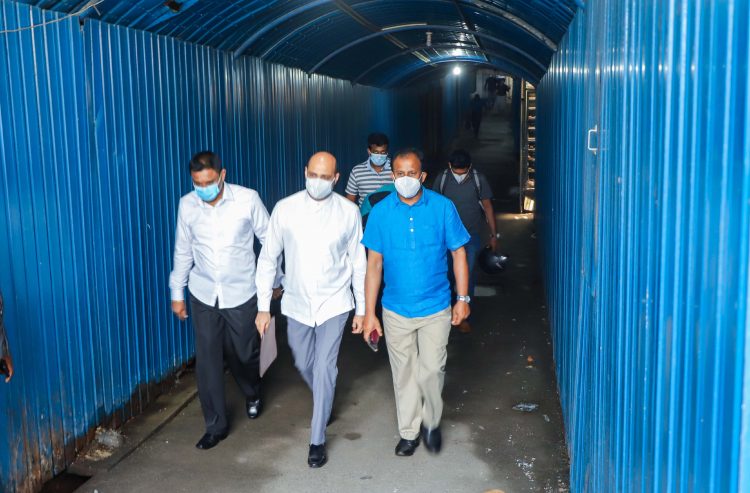 Three parliamentarians of Jathika Nidahas Peramuna lodged a complaint at CID today(13) demanding immediately arrest the former provincial Governor Azath Sali and investigate on the remarks he made at a media briefing inciting people to violence and aggression.

Mps Mohommed Muzamil, Nimal Piyathissa and Gamini Walegoda made this written complaint on behalf of the Jathika Nidahas Peramuna a political party with ruling party SLPP.

The written complaint alleges that Azad Sally, who made a statement in violation of Article 3 (1) of the International Covenant on Civil and Political Rights Act No. 56 of 2007 and Section 2 (h) of the Prevention of Terrorism Act, should be indicted and punished by the High Court.

The plaintiffs also request that Azath Sally be arrested and produced before court immediately.