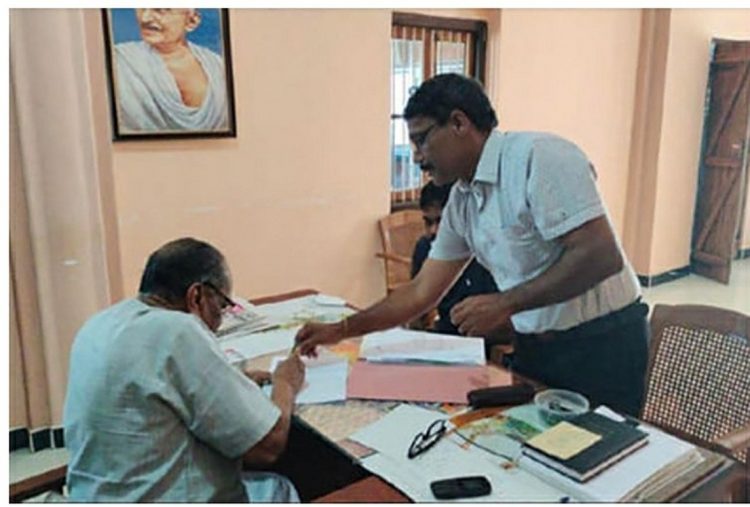 Former Tamil National Liberation Front (TULF) leader V. Ananda Sangaree says that he had donated 15 acres of land, the only property he owned, to build houses for the war-affected people as he had no political power to serve the war-affected people.
The former MP owns 15 acres of land in the Sudanthirapuram area in Puthukudiirippu, Mullaitivu and has handed over his land from Jaffna to the Mullaitivu Puthukudiirippu Divisional Secretariat.
” I’m no longer a political power .I ‘m not strong enough to do that in the future. I have no political power to provide relief to the people affected by the war. Those who came to power claiming to provide such relief do not treat the people like that. It is the government that is looking into them. So I handed over 15 acres of land, which was my only estate, to the government. “

“After handing it over, I told the officials to divide the land in Mullaitivu into landless people. I also requested the officials to provide the government with a permanent house as soon as possible to someone who owns that piece of land. ”

“When I was actively involved in politics, if I was asked to distribute this land to the people, everyone would say that I gave the land in anticipation of the people’s vote. Now no one can say that. I have been doing what I can ever since. I did not promise the Tamil people that I would do things I could not do. If that happened then I would still be a strong politician. ”