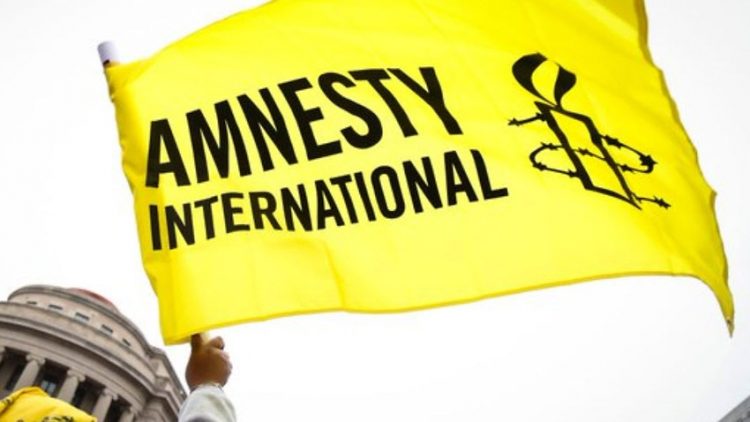 Human rights watchdog Amnesty International has called on the Sri Lankan authorities to abide by World Health Organization (WHO) guidelines, which recommend burials or cremations for people who have died from COVID-19. “The rights of religious minorities should be respected and protected,” Amnesty said in a tweet.

The government recently announced that its position on the cremation of the bodies of Covid infected remains unchanged but could be revised on the advice of health authorities.

Fears have been expressed by certain experts that the virus could contaminate the groundwater if burial of Covid 19 victims are allowed. 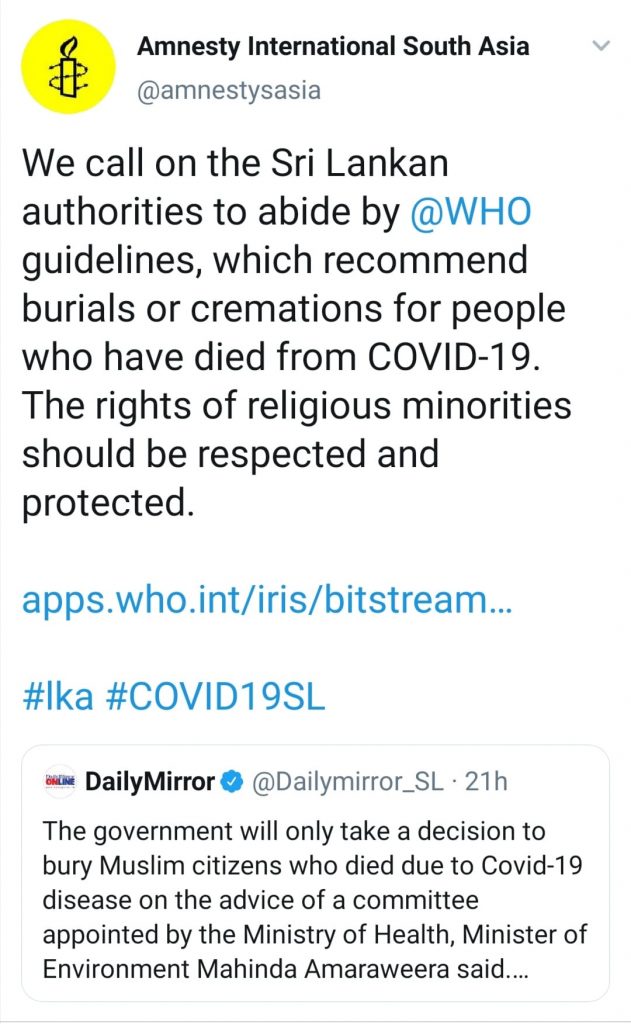 WATCH : GMOA requests public to be responsible during Deepavali