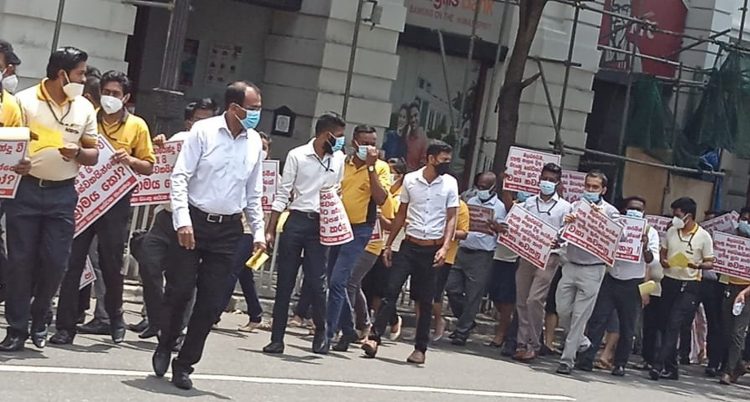 Employees of all state and private banks that are members of the Ceylon Bank Employees’ Union have launched a protest campaign today over the issue of their pensions. The protest started today in Kandy and the Southern Province.
Accordingly, from 12 noon to 1 pm today, they have refrained from their office works and gathered for protests.

The Union claims that although the Prime Minister has agreed to a proper solution to the problems related to the pensions of bank employees, the issue has been caused by reluctance to implement the proposals by the top officials including the chairmen and top management of many banks.

The protest which started today will continue till the 8th and a major protest will be held in Colombo on that day a spokesman for the Ceylon Bankers union told to Lankasara.