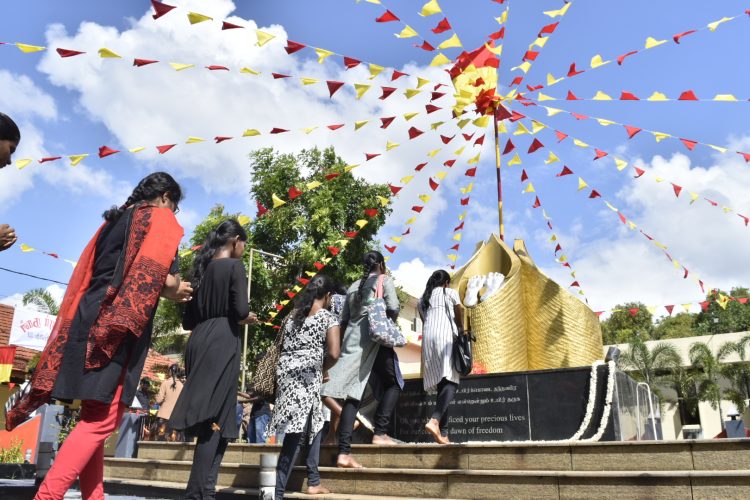 The Senior counsels of the Attorney General’s Department today (24) made submissions before the relevant courts in the Mullaitivu, Kilinochchi and Jaffna districts to prevent Maaveerar naal commemorations to be held this week.

Maaveerar Naal is a remembrance day observed by Sri Lankan Tamils to remember the deaths of militants who fought for the terror outfit Liberation Tigers of Tamil Eelam (LTTE). It is held each year on 27 November, the date on which the first LTTE cadre Shankar is said to have died in combat in 1982. Tamil political parties have insisted on marking the day even following the end of the war and the LTTE resulting in tussles with the Sri Lankan authorities.