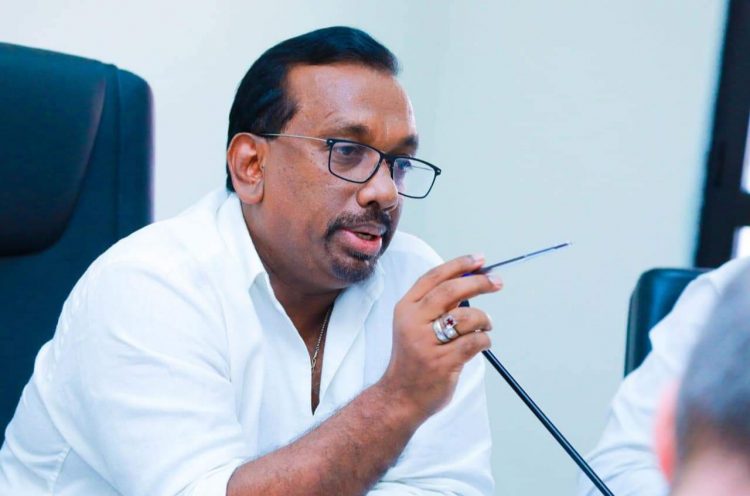 The Minister of Agriculture Mahindananda Aluthgamage yesterday acknowledged that 18,000 metric tons of arsenic, cadmium and lead contained poisonous Triple Super Phosphate (T.S.P) fertilizers had been received by farmers in around the country last maha season and had been used by the farming community. Participating in the Hiru TV channel ‘Salakuna’ program the minister made above note.

Responding to a question raised by the journalists who conducted the program, the Minister said that not only this stock of fertilizer but also 88,000 metric tons of substandard fertilizer had been mixed in the paddy fields of the country during the last five years. He also said that the allegation that Sri Lanka Standards Institute given instructions by the Sectratary to the President Dr. P.B Jayasundara to release substandard ffertilizer was was baseless. Dr. PB Jayasundara has instructed the Standards Institution to release only fertilizers that conform to Sri Lankan standards, but the stock of fertilizers has been altered by laboratory reports, he said.

Speaking further Minister Aluthgamage stated that during the period from 2015 to 2019 only the laboratory sample was presented with quality fertilizer and toxic fertilizer was sent to the field. He pointed out that this situation has also been revealed by a report of the Auditor General.
He further stated that as the use of fertilizers in the country is at an unrestricted level, necessary steps have been taken to restrict their use. He said that steps will be taken to apply the fertilizer only after the soil is inspected in the future and the necessary facilities will be provided for that purpose.

The Minister further revealed that the fertilizer mafia is more powerful than him. Minister Aluthgamage further stated that this is evident from the fact that no fertilizer company has submitted a tender for the next season after he has given the necessary instructions to import the required TSP fertilizer to the required standard.