by Lankasara Editor English
in Uncategorized
477 9 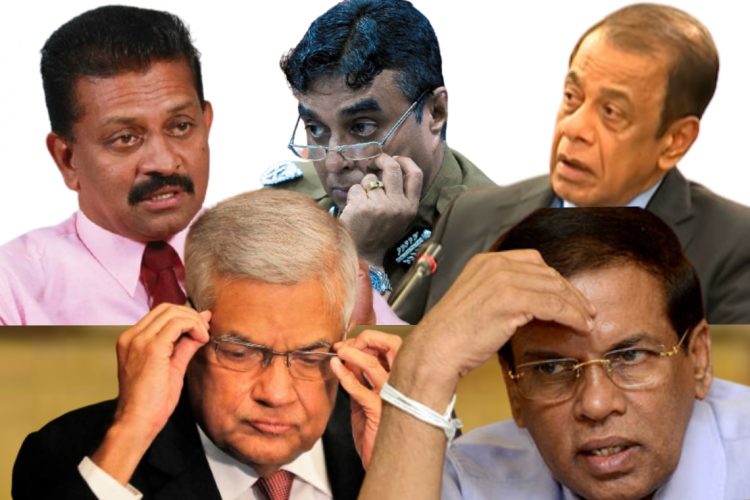 According to the recommendations of the Presidential Commission of Inquiry into the Easter Sunday attacks in the country, former President Maithripala Sirisena, former Prime Minister Ranil Wickremesinghe and a number of top politicians and officials of the former government are to be charged with criminal offences.

In addition to the former president and former prime minister, the commission has recommended that criminal charges be filed against then defence secretary Hemasiri Fernando, then police chief Pujith Jayasundara and then-national intelligence chief Sisira Mendis, The Sunday Times reports.

The commission has recommended that these criminal charges be filed against those who failed to prevent the attacks despite early warnings.

A series of suicide bombings on April 21, 2019, in several churches and hotels killed at least 270 people. The report states that a report submitted to President Gotabhaya Rajapaksa last Monday stated that action would be taken against those who spread extremist ideologies before the attack and failed to conduct proper investigations in advance.

The commission also recommended that action be taken against those who obtained foreign funding to spread extremist ideas. The report of the commission is to be discussed at the cabinet meeting to be held tomorrow (8).

However, department sources said that the report has not been submitted to the Attorney General yet.

Under the Commission of Inquiry Act 2008, the findings of the commission could be used to file criminal charges against those responsible, the sources said. The Sunday Times further reported that Cardinal Malcolm Ranjith had discussed the report with the President and requested that the contents of the report be made public as soon as possible.

He also called for the recommendations to be implemented expeditiously. The Cardinal made a similar appeal at an Independence Day service at the All Saints Church in Borella. Addressing the Independence Day celebrations, President Rajapaksa stated that immediate action would be taken against those responsible for the Easter Sunday attack.

SF reminds President an important lesson : “Dangerous to traverse through open terrain with the enemy ahead”

SF reminds President an important lesson : "Dangerous to traverse through open terrain with the enemy ahead"